Not of Las Vegas (Hunter S. Thompson), not of Christianity (Friedrich Nietzsche) but of life itself.

I have been reading the book The Envoy about Raoul Wallenberg, the Swedish aristocrat and humanitarian who made it his personal mission to save thousands of Hungarian Jews in the waning years of WWII. In one memorable scene, Wallenberg was hosting a dinner for Adolf Eichmann in Budapest, staging it to persuade Eichmann to call off the brutal Arrow Cross (Nyilaskeresztes Párt – Hungarista Mozgalom) fascist thugs who were ruthlessly slaughtering men, women and children indiscriminately even after the Gestapo had suspended these activities on orders from their superiors.  Wallenberg spent an hour carefully and skillfully dissecting the concept of National Socialism, stripping away the slogans and exposing it as a fraud, an ersatz philosophy void of true doctrine.  Nazism could be reduced, Wallenberg told a shocked and stammering, enraged Eichmann, to one idea: hate. 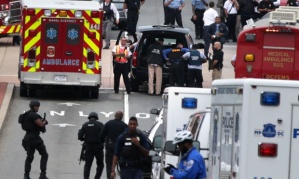 In another post I talked about the basest sentiments of the human psyche: fear and anger. Hatred is always underlain by these emotions, stemming from a perception of being unloved and abandoned very early in life, when fright and rage below the level of conscious awareness cannot be articulated.

It may be argued that from man’s oldest experiences as a hominid, some two to three millions years ago, concern for bodily injury and the instinct to defend oneself with whatever was at hand were rational.  Early man was bewildered by and inexpert at managing the untamed environment that was his first home.  He developed tools and weapons with which to control it and make a safe space for himself and his family, to the best of his technical know-how at the time. This has continued as the species evolves.

But now there is little relevance to this association because we live in a completely different social structure than the one that surrounded man, little more than a hominoid, for much of his early history.

Today, there is nothing a gun can do that some other mechanism, system, strategy or tool cannot do better.

Guns are in their essence, about fear and hatred, one dangerous and needless outgrowth of anger and feelings of inadequacy.  Guns are primitive. Their purpose is to hurt, maim, threaten, bully and kill and we would all be better off in this country if their use was restricted to the proper conduct of law enforcement, whether it be military or civilian, with all possible restraint and forethought. Guns do not belong in the hands of ordinary citizens. Even those who by habit and tradition believe they are merely part of an American tradition or want to exhibit their marksmanship. There is no place for weaponry of this type in daily life in a civilized society. And guns have no business being in the hands of those who enjoy inflicting suffering on others, chief among them the helpless, such as animals.

Guns empower limited people to threaten others, to feel superior, to release frustrations that are largely inchoate and thus fester in the unconscious in a way that poisons the soul and twists mind and emotions.

A small faction of people who profess concern for 1400 Syrians, think little of the victims of gun violence in our own country.

The United States has had one mass shooting per month since 2009.  Britain has an average of 50 homicides per annum*.  We have 12,000.   Our gun violence rate is 15 to 20 times higher than the rest of the modern world. Violent video games?  Mental illness?  They exist in those other countries too.

Is this what the Founding Fathers  envisioned?

Nothing noble, good, true, or beautiful comes of guns.

*To match our rate proportionally, theirs should be 2400.

Images: The Guardian and Wikimedia Commons

← In the kitchen with 2 Chainz
My Jersey shore →

2 Comments on “Fear and loathing”