Health care for the privileged or for all?

Which would you prefer?

I am pretty clear on what I would rather have.

Health care must be recognized as a right, not a privilege.

For the people who slavishly repeat the meme that our Federal government cannot provide any efficient service, I categorically disagree.

There are at least five excellent examples I know of (and many more) and have dealt with personally that epitomize efficiency and cost reduction: 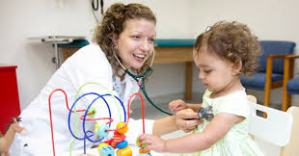 USPS:  For many years, for less than half a dollar, you have been able send an envelope anywhere in this country and have the confidence that it will get there quickly.  Likewise packages.  I mail things constantly and cannot ever remember anything getting lost.  When I go to the local Post Office, they provide all my supplies if I don’t have them already and help me put my package or envelope in the proper order to be sent with tracking, certification, registration, return receipt, delivery confirmation – all kinds of special added services, very reasonably priced.  They are polite and helpful.  There is always ample parking. There are boxes outside, so I can just drive through and drop my envelopes in.  What more can you ask? Neither my experience with private UPS or Federal Express has been this positive.  When I worked for larger organizations, they often used one of these two or other private delivery and messenger services.  Those experiences were often fraught with complications and they were all expensive.  As far as I am concerned the USPS is a model public service, despite its size and the fact that its employees are very modestly compensated.  I have already posted an anecdote on just one example of the opposite experience with a private service.

Medicare: I have to say very little to anyone about this.  Medicare, despite skyrocketing health treatment costs in this country, has worked efficiently for the vast majority of recipients, since its inception.  As with any massive program, it is adjusted and modified yearly.  Every major insurance company has to be reviewed and reevaluated for being signatory to Medicare every year and that means those partnerships are under continual scrutiny and modification.  That is what is going to transpire with the Affordable Care Act — there will be constant improvements made for the benefit of subscribers, including all parties (insurance companies, corporations, individuals, hospitals, and heath care workers).  My wealthy older relatives, all staunch conservatives, defend their Medicare coverage.  So, here is another widespread Federal program that works very well. 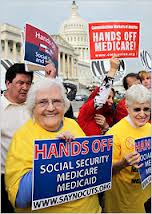 Veteran’s Administration Health Care:  For all that it may be behind, due to the enormous number of new enrollees returning from our never ending wars, in paperwork and fancy upgrades (which many on the far right would decry if those ‘luxuries’ were added to the system, believe me) in terms of providing general benefits to veterans, the health care system and housing that the Veteran’s Administration provides is second to none.  I have written previously about my Grand Uncle’s excellent treatment by the VA health care system, so I will not expand on that.  It is anecdotal, but, from what I have observed, I very much doubt there are a statistically significant number of failures or abuses in the program.

NIH: Do I even need to point out all the vital and cutting edge work that the National Institutes of Health do? Does this small group of obstructionists realize that 200 people are being turned away from enrolling in clinical trials, including cancer, every day that this shutdown continues?  When they resume, many of these people will have disease progression that precludes enrollment.  This is literally threatening the lives of innocent patients, many of whom are children.

There are many other Federal programs that have worked quite well and whose value is backed up by solid research:  Head Start, USAID, the Peace Corps, AmeriCorps, just to name a few.  I have little doubt that with time the ACA will function smoothly and we will all be the beneficiaries in myriad ways, including lower health care costs and a more productive work force that is contributing to society instead of being handicapped and dying prematurely due to illness.  If even 10 million more people were able to spend their money at local businesses instead of on disease-related goods and services, that injection into our economy would alone be a boon to us all.

In terms of life expectancy, infant mortality and other health outcomes, the United States lags behind almost every other advanced country.

All this nonsense about waste, fraud and abuse is a red herring promoted by big money interests.  If you don’t know this, you are not doing your homework. 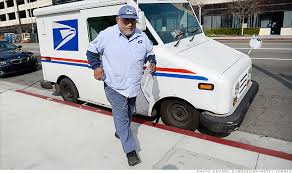 Meanwhile, read this article, if you want a clear status update about our current system, its failure, and what we have to look forward to, when we finally institute a 21st century health (not sick) care management system:

In 1961 Ronald Reagan raised all the same false arguments against Medicare, claiming it to be socialism that would end freedoms as Americans know it.  When he finally became President, he had to strengthen Medicare, so effective, valuable and popular had it become.  Medicare lifted 39 million elderly people out of poverty.  Before Medicare only about half of that population had medical treatment; following Medicare it was 97%.

What kind of mean-spiritedness is afoot in this country when people are gleeful that 800,000 Federal workers are now furloughed and cannot pay their bills.  Since when is this kind of schadenfreude American? And what about all the small to medium-size companies that transact with the Federal government, does our so called ‘job creator’ party — so concerned about businesses getting more than their fair share — care about those people?

This is not just an ideological revolt, this is an attempted coup – Americans should be very clear about this. The tea party has never accepted the outcome of the last two elections and is seeking to overturn them and defeat our democracy.

It is beyond petty and ignorant, it is craven.

These are not nice people.  Nice people don’t do this.

It is not socialism to think of “we” instead of “I”. It is simple decency and a hallmark of civilization.

Damn good thing, too, as the markets are beginning to tank.  Maybe that is the only thing these extremists understand.

6 Comments on “Health care for the privileged or for all?”