In one of my undergrad psych classes,  we studied a case concerning a charismatic figure who attracted a group of followers by preaching about preparing for the end of the world.  As his following grew, he amplified his story about this coming apocalypse and added an attractive feature.  He told the burgeoning group that he had secret communication with ‘higher forces’ who told him the exact day on which the world would end. The specific date was about twenty years in the future.  Naturally his fame spread rapidly because his rhetorical powers were so convincing that he drew more and more people into the fold.  Then one day he announced that a particular being, named Zander, would be at a specific hill on that upcoming day of destruction and that Zander would take all of them to safety, while this evil world perished.  These selected few people who would be with the leader, would start a new world, based on better principles, their principles, and all those who were inferior would be left behind to meet destruction on sinful earth.

Eventually the day arrived, everyone had sold or gotten rid of their belongings and gathered on the hill with their leader.  The time for Zander to arrive came and went, but still the group hung on, waiting, sure that it was merely a matter of time and they would be saved.  The leader, meanwhile, then slightly changed his story and said, that perhaps he had the day and time wrong.  Yes, he concluded, he had another message from Zander and the day and time was now set for some point in the future.

We were asked to predict what the group did.  Naturally all of us had a variety of answers, but the real answer (and this was from an actual sociology research project that was conducted on this group of people, some time in the 1950s) was that the group did not disband, nor become angry and retaliate against the leader.  Instead, they became even more convinced of the truth of his story and the importance of being ready on the next date he gave them.  The group grew and the people in it went out into the community and recruited new members. (The mechanisms applicable here, in psychoanalytic terms, are ‘denial’ and ‘reaction formation’).

Terms like ‘ego’ are problematic in that they have evolved over the years to have multiple meanings.  So, before I say anything else, let me explain or define that word as I mean it here.

Ego has variously been used to indicate awareness of the self as a separate and distinct individual (the “I’); the spiritual part of the psyche that experiences the outer world through the senses; conceit; and the structure that protects the individual self from erosion by the challenges that impinge on us from that outer world.

My meaning here is all of this, with an emphasis on the last of these descriptions.  The ego to which I am referring in this post, is the one we develop by the time we are two or three and which becomes largely solidified by the age of seven.  This ego is both a necessity and a hindrance. That is, we need to form a separate and sound self, as distinct from our surroundings, so we can navigate and make decisions in the real world. That ego gives us a feeling of our own worth and power so we are not pulled in every direction and subject to harm that would come if  we did not have a mechanism to help us make choices that we believe are best for us in any given circumstance.  In the Freudian psychoanalytical tradition, the ego also mediates between the id (impulses), the demands of our environment and the often high standards of a well-developed superego (conscience).

So when we develop this ego, up to the age of seven, it is a somewhat inflexible and stable system of understanding of ourselves vis-a-vis the world and that is a good and necessary thing.

However, the problem with structures is that very inflexibility and in time, instead of being a fortress, they devolve to become a prison.  At some point during maturity, a careful and deliberate modification of the rigid ego would help the adult personality establish more flexibility to deal with the world as s/he finds it and be more successful personality-wise, as a result.

This is not a radical concept if you were raised in Eastern cultures.  There, the ego is thought to be unnecessary altogether and it is advisable to eliminate it once it has finished serving its original purpose. This is probably meant to accelerate progress toward complete awareness (or what some call ‘enlightenment’).  Information on this cosmological point is abundant.

The reason I am talking about this, putting aside all these traditions, is because ego is usually the reason that any of us has problems dealing successfully with other people, by the time we reach adulthood.

Just this week, not to beat this political issue to death, but rather to offer one way to view it, we should be asking ourselves why we had to endure this fruitless and ultimately destructive exercise. We have only arrived full circle, back where we started, but with a weakened international standing, billions of dollars added to the once shrinking deficit.   This was also at the expense of many anxious people who were dragged to the brink of personal ruin by a handful of extremely selfish people.

It only makes sense if you think about the fact that merely a tiny group of people had taken an untenable and irrational position and then when it was clear that it was futile, instead of backing away and allowing saner heads to prevail, they dug in and adopted a reductio ad absurdum position that is only being resolved (hopefully) at this twelfth hour.  Every one of them has had to put down their sword.

Why did they hold it so long?  Ego, solidified and inflexible, and worst of all, invisible to them, themselves.  A textbook case of why the overdeveloped ego is so dysfunctional.  We all suffer from the stranglehold our egos have on our conscious awareness to some degree.  So the point of looking at what happened these last few weeks (and I would say since the 2010 election) is to see a glaring example of the handicap over-weaning ego creates.  It is obvious in others, and subtle, perhaps, in ourselves but we would all do well to identify it and seek to get it under control. 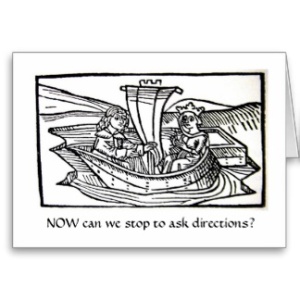 During infancy and childhood, a healthy developing ego is a guardian of the nascent personality.  In adulthood it can become atrophied and then almost vestigial, and when that happens, if it is not fixed, it usually causes us and others around us needless suffering.

Often, when we are confronted with the fact that we are mistaken, that we have gotten something wrong, we entrench and defend our position, ever more stubbornly.  We probably don’t always realize it, but it is a natural response to an external threat.  It is hard to admit we are wrong and eat crow, so to speak.  It is much easier sometimes to elaborate a fantastical story of why we were right all along and all evidence to the contrary, it is the outer world, not ourselves that have made the error.  That was the phenomenon at work in the case study I started this post with.

We just witnessed as a nation these last sixteen days an egregious case of solidified egos and the havoc they can wreak.