This is a totally spontaneous post because I happened to read about two people who I really admired passing away this month. Completely tangentially, we decided to try subscribing to the LA Times again, to see if it was any better than the last time we had it delivered.  Geoff grew up with this paper, but he lived long enough in New York to appreciate the New York Times and so we have subscribed to it here for years and years.  But, getting it delivered to us in California has been pricey and they just almost doubled the rate.  We don’t end up using all of it, so it piles up and becomes the carpet in Psyche’s palace.  Pretty silly for $100 a month.

When the LAT arrived, I picked it up and started reading it and the first thing I saw was that one of my favorite actors of all time, Maximillian Schell, died.  What impresses me most about him, is not the fact of his extraordinary good looks or sterling character, but 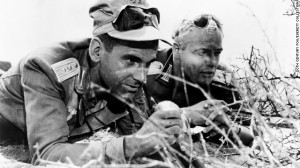 his exceptional talent even as a foreigner with a heavy accent, chosen for plum roles in some of our greatest cinematic parts over many of our finest American, Canadian and British artists.  The movie for which he won the Oscar for Best Actor was Judgment at Nuremberg, which I have watched repeatedly.  Not for Schell per se, but to study the characters that Burt Lancaster and Spencer Tracy played. Particularly for the treatment of the moral issues that the aftermath of Nazism and the trial embodied.  When you watch that gritty movie, it is remarkable that Lancaster or Tracy did not win instead. In fact, the entire film could be held up as a model of not only acting but screen writing and casting.  I watch it every year and try to understand the lesson for humanity that it conveys.

The other star who just passed away is Shirley Temple Black.  I don’t think we will ever see another child actor with her unique constellation of talents.  She has to have been one of the cutest little girls that has ever been on the big screen — in fact, to this day, I think she dominates that niche.  Temple was also multi-talented, a singer, dancer, dramatic actress and comedian like no one else, and all before the age when most of us are just emerging from the fog of childhood.  She had a quality that I have struggled my whole 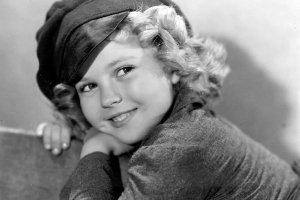 life to attain: conscious awareness and control over herself.  In order to play the parts she did, as effectively and skillfully as she did, she had to have a very high emotional IQ — rare in anyone.  That she could grasp the nuances of the role and maintain her poise and persona while playing the part of a fictitious character, required an incredible amount of objectifying of the self that even adults have a very hard time achieving.  She literally had to be capable of stepping outside her self, her consciousness, and donning the thoughts, reactions and movements of another person.  How many of us could do that, with a scripted, not spontaneous or ad hoc personality we concocted out of our own imaginations, character — someone written for us by another person into whose imagination we would have to climb to achieve a convincing portrayal of that fictitious (usually) being.  Most great actors do this, sometimes with the help of mind altering substances (I am thinking of Tracy, for example) but how many could have achieved it at four years of age?

My favorite Shirley Temple movie is The Little Princess.  In it, she looks a lot like my favorite niece did at that age — in fact, my niece did some acting herself and the first thing the casting agents would say was how closely she resembled Shirley Temple (my niece was smart, cute, and could sing, but not dance and ultimately got tired of acting, after being in a few commercials and movies — more on this some time because I ended up taking her on some of those casting calls, and got a couple of gigs myself, against my will!).  I regret not writing to Mrs. Black and telling her how much I admire her — not just for these traits but for how she lived her life and the selflessness she showed in public service.  She had every resource available to live a life of leisure and instead opted to do something for humanity.  That above all, is the characteristic I appreciate.

I now have a reason to watch the Oscars, which I usually avoid. These two stars are sure to be featured, so great was their impact on our movie industry.  Luckily, we can watch their movies any time we want and that is what I plan to do this week, my personal in memoriam.  I hope they knew how many of us they reached with their talents. 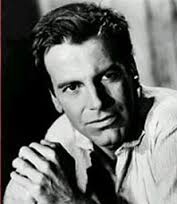 ← Subscribing to science, believing in God, practicing Christianity
The litter of the law →