Bleeders in a world of sharp edges

My grandfather used to compare me to a cartoon character named Nippy, who was always mischievous and often wrong. Today we found out that many in the media who rushed to judgment about the cause of Robin Williams’ depression and suicide being attributable to relapsed substance abuse got it wrong. 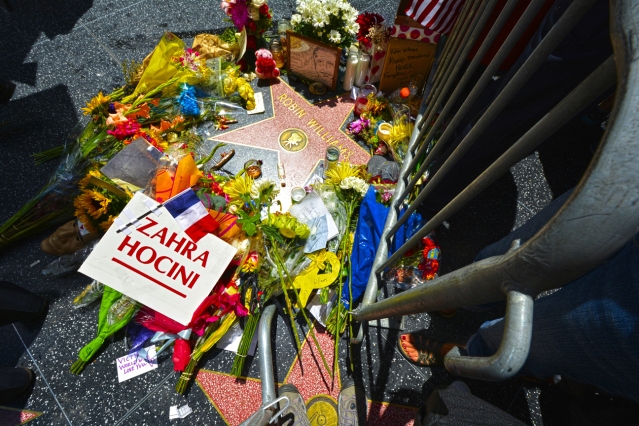 In a statement released Thursday, his widow Susan said:

“Robin’s sobriety was intact and he was brave as he struggled with his own battles of depression, anxiety as well as early stages of Parkinson’s Disease, which he was not yet ready to share publicly.”

Behavioral specialists who deal with the illness of depression and suicidal ideation will tell you that suicide has deep roots and multiple triggers.  Certainly a physical illness as serious as Parkinson’s would be one of those.

I watch MSBNC and CNN.  The former is for the editorials and the anchors, the latter for breaking news.  Even though MSNBC would be considered to have a liberal slant, what I like about the hosts of the individual shows is their devotion, which I take to be utterly sincere, to accuracy in reporting and facts above hearsay and opinion. They also seem like smart, nice, decent people who would be interesting and enjoyable to have as friends. 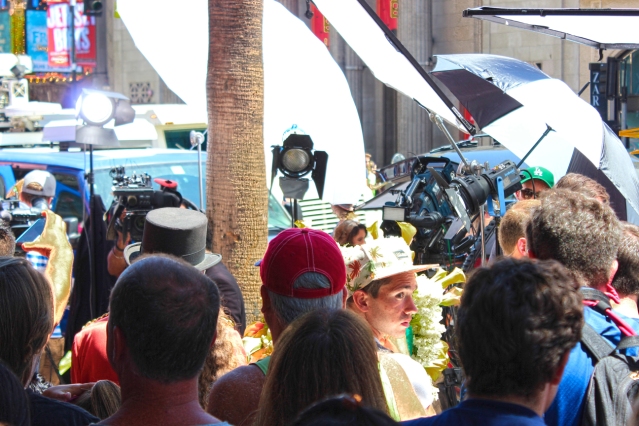 Every day, I also read an e-mailed devotional message from Dr. Charles Stanley — a curious thing for a somewhat fallen-away Catholic to do.  But, despite the evangelical background, founded in the Southern Baptist tradition, I think Dr. Stanley is a genuine spiritual teacher, someone who truly understands the human condition and is a kind, caring human being. There is no angry, accusatory God in Dr. Stanley’s cosmology.  He simply has human understanding and compassion.  Every day, one way or another, he reminds us to be good to ourselves and equally to one another, no matter who we or they are.  This morning’s passage quoted to illustrate Dr. Stanley’s message was this:

Let all bitterness and wrath and anger and clamor and slander be put away from you, along with all malice. Be kind to one another, tender-hearted, forgiving each other, just as God in Christ also has forgiven you. Ephesians 4:31-32

Fully four-fifths of this country profess to be followers of Christ. Why are we all so hard on ourselves and one another then? Why is there so much hatred, violence, venom, spite, bigotry, racism, rejection and worst of all, unforgiveness then? 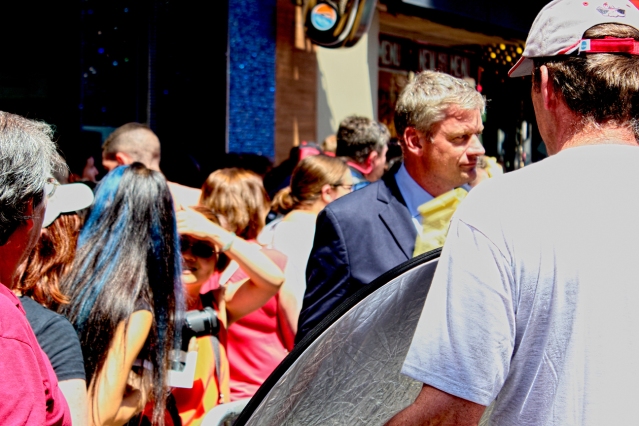 We live in a world that is full of sharp edges, to quote Barry Levinson who said this, this week when asked about Robin Williams. If you read that short tribute, you will see words that should give us all pause:  too intelligent, delicate, fragile, sensitive, hurt — trying to make sense of the madness of this world and frankly, I would add, the anger of other people.

This is no longer about Robin Williams, exclusively.  It is about all of us human beings and what kinds of people we are in the 21st century.  It is about people like you and me.  Are we similar? I wonder sometimes.

I have spent my entire adult life trying to understand selfish, callous, exclusionary people. I want to know how a Christian country can turn its back on the poor and marginalized,  the disenfranchised (usually through no fault of their own), the handicapped, elderly, single mothers, children, groups of color, up to and especially including those with what we mistakenly term craziness or “mental” illness, as if it is all in the mind, and you can just think it away, if you are strong — the list goes on.  What philosophy, what type of mind and heart enables someone to be so harsh or hard? 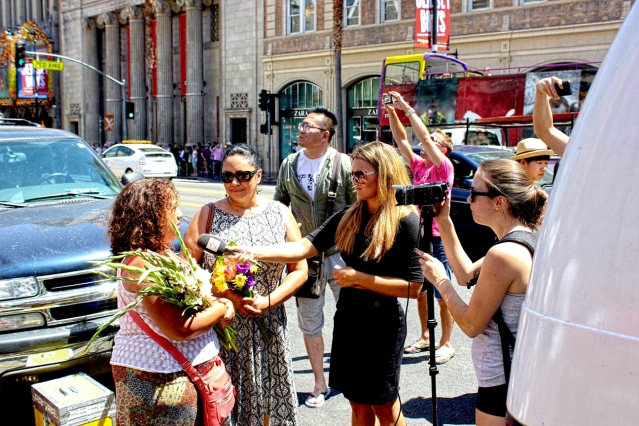 I don’t understand hard people.  Not that I count myself in his league, but I am very like Robin Williams in one particular trait: I feel deeply for others, both human and otherwise.  This is not weakness. This is intelligence and openness to life.  I literally feel pain when I think of the way children are misunderstood and entrusted to ignorant, thoughtless, unconscious adults, parents or otherwise. It is almost intolerable for me to witness cruelty and suffering.

I once accompanied Geoffrey to a project that involved retrofitting and restoration of a nursing home in Downtown LA.  The people there were so desolate, drugged to keep them from taking up too much of the staff’s time up with requests.  It was heartbreaking — as if, like the Eskimos, we simply exile the elderly to ice floes when they are no longer materially vital to our economy. When I saw Sarah Palin stand in front of a machine into which were fed live birds — turkeys — to be ground up for some unimaginable “food” product, I almost wept.  It was also remarkable to me how she stood there oblivious, unconcerned.  People who inflict suffering are turning their fear and anger outward.  People who commit suicide turn it inward, perhaps after years of witnessing barbarity like this. 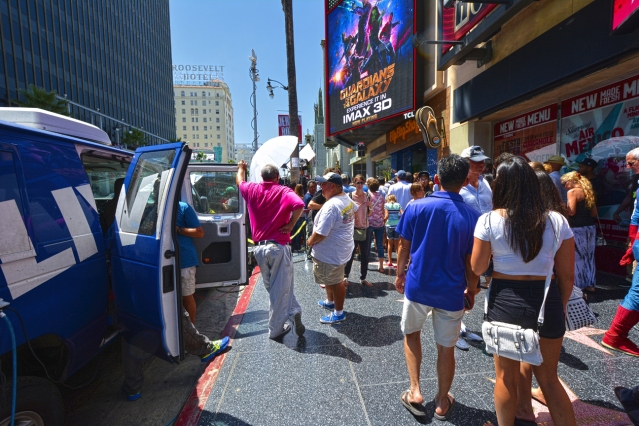 When I see a parent mistreating a child, it is almost impossible to bear without acting or at least saying something.  Truly, I want to understand: who are these people?  What manner of obtuseness or numbness leads people to be so tough? Is it better to be so closed, walled off to other living beings? This callousness and inhumanity are taught, modelled by unthinking adults.  Children are born naturally empathic and vulnerable.  Indifference comes from mistreatment and indoctrination, make no mistake.

Any child psychologist will tell you that the signs of a damaged personality are evident very early on.  These include hurting others, especially other children, small animals and even parents.  It almost always signals serious parenting failures.

I am sorry to tell you, toughness is not strength and almost all anger is self-generated and while it may serve to spur action, it almost always causes more trouble.  Caring people, sensitive, intelligent, heart-centered people turn their anger inward, unfortunately, not outward.  If you hear me criticize the tea party, it is because to me they appear to be a group of angry white people who just don’t want to share their good fortune (and luck!) nor responsibility for the well-being of the community that surrounds and supports them. In lashing out at others publicly they are demonstrating childish, immature and at worst destructive behavior in their self-centeredness.  It is a sweeping portrait of a type of person and one we need to retrain to feel their humanity and oneness with other life, not retrench in their privileged corners and fight off everyone else. Their anger is outer directed, when the problem lies within them. 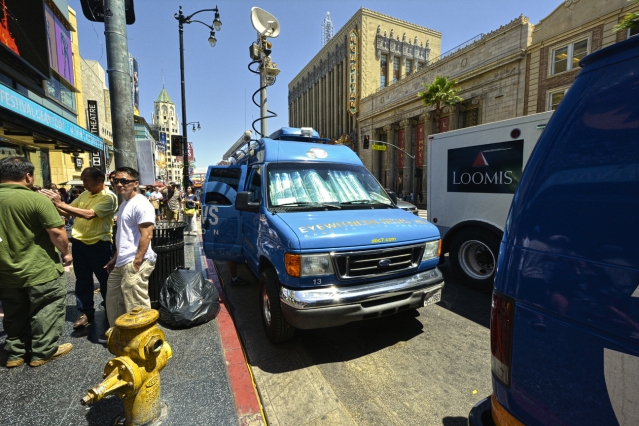 Just a couple of nights ago Geoff and I watched Paul Muni in the 1959 film classic, The Last Angry Man. The central character of what was a novel, then a play and finally this exceptional movie is an aging physician who gives of himself his entire life and whom no one understands. His anger was born of despair at the inhumanity of man to his fellows.

We have a broad segment of our population who are downright ignorant of the severity, etiology, and treatability of psychiatric disorders and diseases.  These are illnesses no different from diabetes or cancer or heart defects.  Such backward people imply that the sufferer of these very physiologically based pathologies caused the problem and therefore could simply suck it up, so to speak, and correct it.  That kind of willful stupidity is appalling to me. 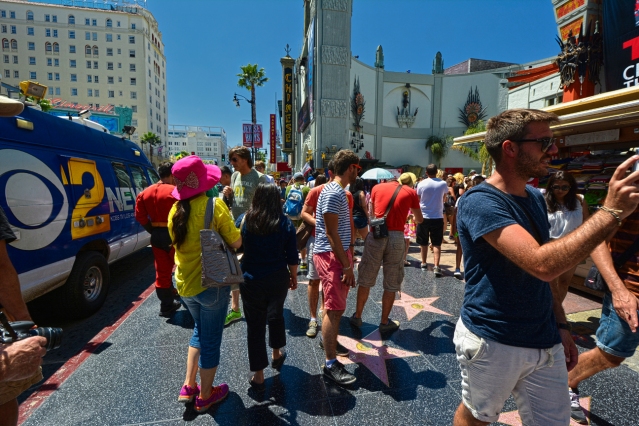 Just one example, Fox News has faced a furious backlash after it branded Robin Williams a “coward” following his suicide. “A petition calling on the right wing news channel to fire its anchor Shep Smith and immediately educate staff about mental illness and suicide has already received more than 100,000 signatures in less than 24 hours. Fox has been accused of ‘perpetuating dangerous and completely wrongheaded views of mental illness,’ after Smith called Williams a ‘coward’ live on air.” Rush Limbaugh, a wily huckster who makes money inciting gullible people to anger and violence, while he rakes in millions spewing bile, had the nerve to accuse Williams of being “angry”. Anyone who has listened to Limbaugh and his ilk of snake-oil salesmen can see that this is calculated and hypocritical. A man addicted to controlled substances, ridiculing someone with addictions, who as far as everyone knows, never lashed out at others. What irony. 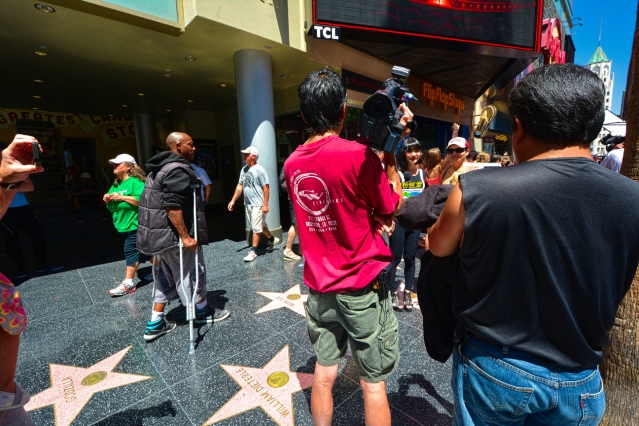 Michelle Cornette, director of the American Association of Suicidology said that William’s taking his own life, after a severe episode of depression, may actually have been a final act of kindness, trying to spare his family the continual roller coaster ride that is characteristic of the disease.

And then this  New York Times article caught my eye.

“Peering through his camera at Robin Williams in 2012, the cinematographer John Bailey thought he glimpsed something not previously evident in the comedian’s work. They were shooting the independent film “The Angriest Man in Brooklyn,” and Mr. Williams was playing a New York lawyer who, facing death, goes on a rant against the injustice and banality of life.”

Why continually blame the bleeders? Why not run interference against sharp edges?

When you get a minute, you might want to listen to this podcast when Mark Maron interviewed Robin Williams in 2010. 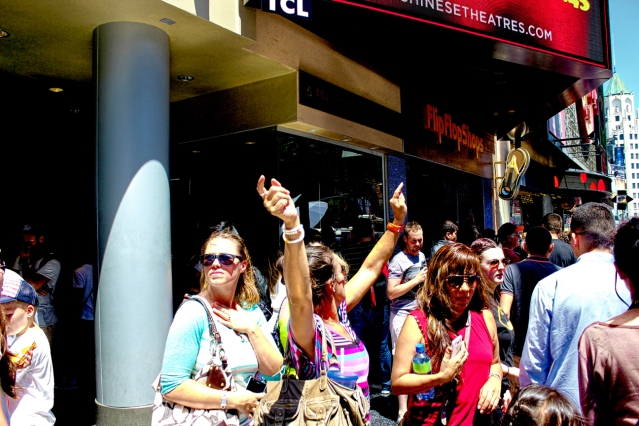 My husband and I decided to make a run to the Hollywood Boulevard memorial at Robin William’s Star on the Walk of Fame. This was a spur of the moment decision.  I shared some of the many photographs we took on Flickr and another handful here.  It helped us get past our sadness to see the outpouring of love the day after Robin Williams died. One thing that struck us as touching was the effect of many arms and hands held high in the air for various reasons. The overall effect was one of a silent prayer being sent up high above the crowd, or possibly people reaching up for Robin, as if each single hand was clapping silently, one more time.

Images: Beth Byrnes archives.  Click to enlarge them if you care to.

26 Comments on “Bleeders in a world of sharp edges”