All this week I have been thinking about the issue of parenting.  One reason was my folks dropped in unexpectedly and we needed to scramble to organize our days (and house) to accommodate them. This almost never happens. For one thing, my dad isn’t crazy about California.  For another, he hates to be away from his sphere of influence and golf (yup, on snow with red balls). 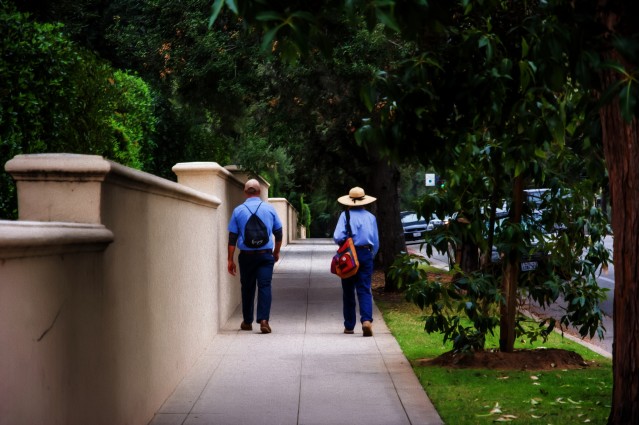 So, here I have been, trying to get a challenging project done while keeping these latest visitors happy. It didn’t help to have our previous guest be so insulting.  Her stay thoroughly turned me off to knocking myself out, acting as an LA tour guide, waiting on people hand and foot (sorry for the cliches) and feeding them, to boot.  I also have a pushy cousin, an attorney from England, who announced that she was coming to LA for an assignment and wanted to get together with me to go over the family tree.  She says she is armed with a list of questions. I have no time to work on that topic these days and now have to find a way to avoid getting together with her.  She stayed with us a couple of years ago and all we ended up doing was taking her around to the places she decided were important, and picking up the tab for the privilege.

Back to the parents.  We had to find something they would both enjoy.  My mother is easy. Take her anywhere and she finds people and things to entertain her.  She is so damn positive, its scary. And, my dad is the opposite. He is the most critical, analytical, cynical human being I have ever met.  One thing they have in common is their love of learning. It was so emphasized when I was growing up that I am always shocked when I meet people whose parents didn’t pressure them to excel academically.  I guess when you have just one child, you concentrate on them unbelievably.  Anyway, my mother’s career has been educating children (special ed — which includes the gifted and talented), my dad’s science (chemistry) so I thought they would enjoy walking around Caltech and having lunch in Pasadena — so they would feel at home.

The weather was perfect: cool and overcast.  It mirrored my mood and gave me a different vibe to capture in stark contrast to the over-bright pictures I usually have to take with relentless sun beating down all the time. My dad has an old college buddy at Caltech so we parked him in the lab and wandered around.  It was truly a tranquil, inspiring setting and a godsend, getting us all out of the house and into an environment where my dad would be comfortable.

But our détente was shattered by the Super Bowl.  You can guess: my dad, pulling for the Patriots and Geoffrey (and all his friends) in Seahawk territory. OK, so to give him credit, G. forewent the party and stayed home with my parents to watch the game. It was tense, to say the least.  The thing with Geoff, though, is he is a quiet loser. The stupid play that cost Seattle the game (hey, didn’t they watch The Blindside? ‘Run the dang ball!’ …) left him in a somber mood. I think North Carolina Running Back DeAngelo Williams came up with the best and most charitable description for the disastrous decision by saying “they played chess when they should have played checkers”.

But at least my dad, being away from his element, could feel good about the Patriot win.  I forced myself to sit in the family room with them, something I usually avoid, since the roaring in the crowd and the shouting commentators make me nervous.  But I am knitting a long sweater-coat, and reading an intriguing book right now about Saudi women, so I could do both even with the game blaring. Still, the error that ended the game cast a pall over the end of their visit.  We packed them off the next day with a sigh of rueful relief.

So, while I was dealing with my personal parental issues I have also been meaning to comment on the latest controversial trend in parenting, i.e. that of helicoptering vs free ranging. As I have said so many time before, I hate labels, categories, classifications and any other form of limitation placed on natural life, for the purpose of argument or discussion or solving problems. The fact is, no one and nothing in this universe really can be defined by a category (or even multiple designations). Things are just bigger than that, to put it in simple terms. Phenomena when considered organically or as a whole defy even definition, let alone confinement.

The idea of helicopter parenting has been around since the late 1960s, so it is nothing new. But I also think it is a poor concept.  In over-simplified terms, it describes a parent who is smothering the child with apparent attention but who is actually absent on a true emotional, connective level.  Again, the minute we hear the term, we conjure up a certain kind of annoying person who thinks they are doing the right thing by their child but who is actually damaging them.  I would prefer to take the individual parent/child duo and its dynamics on a case by case basis.

The only reason I mention the idea here, is that I think it has led to the ‘free range’ parent phenomenon, which is far more dangerous.  Increasingly one hears anecdotes about parents who allow their children much greater freedom than is appropriate for their age as well as the world we live in.  An example would be the parents who were recently charged with child endangerment when they allowed their two very young children to walk a couple of miles between a park and home, unaccompanied by an adult.  In this classification I would place any parent who allows a child to be on his or her computer behind closed doors, completely unsupervised. This is stupidity and recklessness.  I would have a computer hub centrally located in the house where children would do their homework at night — not in their rooms, as unpopular and harsh as that might seem.

Of course we want children to develop independence, critical thinking, judgment and a healthy, strong sense of self and capacity, but not at the wrong time.  The raising of a child, by all caregivers, is a gradual introduction to the world and a steady unfolding of realities, fostering trust and eventually decision-making on their own.  All one need do is read a simple Piaget-style primer on this topic to learn what is and is not acceptable at each age.  People who confront their children with difficult decisions and environments too early are risking catastrophic outcomes.

The hands-off, free range-style parents, who have just enough information to be dangerous, and who are by and large ignorant, are responsible for a spectrum of accidents befalling their kids, from incidents like the three year old who shot both her parents this past week, with a handgun taken from the mother’s purse, to any number of boys and girls who are kidnapped, raped and murdered when lured into danger by disturbed people, both familiars and strangers alike, when they don’t have the proper monitoring. 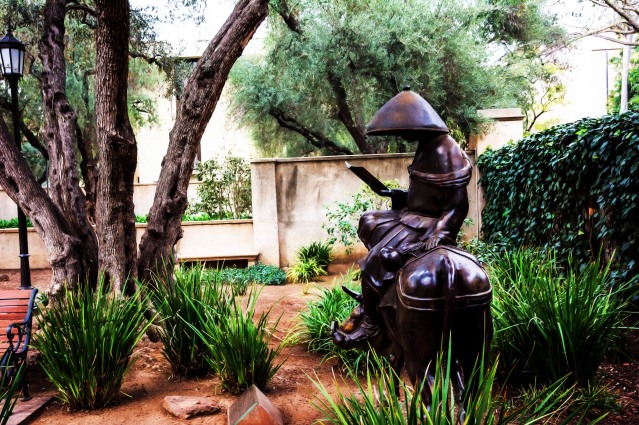 It truly pains me to see people have children who have spent no time learning about human development, childhood or parenting.  The information is out there, a lot of it.  Much of it is wrong and contradictory.  But the same could be said about anything of importance.  Buying a car takes research and sorting out information to identify the best choice.  So does parenting, as I have said ad nauseum.  Free range parenting as it is meant by the movement afoot today is abuse.

A good parent protects his or her child until that nascent human being is ready to take care of themselves.  While it certainly varies from individual to individual, the legal age of majority is a good enough (and scientific enough) benchmark for giving freer reign to a child.  In fact, the more closely the upbringing resembles the ideal, the greater the likelihood that an 18 year old will be ready to face the world on his/her own.

It is hard sometimes to separate the smothering parent from the loving and nurturing one, and the independence-loving parent from those who are essentially lazy and self-absorbed. But that is the challenge parents (and teachers, for that matter) face. If you can’t or don’t want to pay attention and put the child first, you don’t belong around kids.

Finally, because it is so topical right now, let me say a few words on the topic of immunization. I have a complex approach to this topic.  As you know, I am not a believer in just slavishly acceding to the directions of any so called ‘expert’.  I believe in being armed with information and then taking into consideration whoever is in charge of some area, like our health.  It is no different on this topic, so here goes.  First off, I do not believe parents ‘own’ their children, as Dr. Rand Paul said this week.  I believe children are entrusted to their parents, but own themselves and are simply maturing to emancipation under their parents’ care.  Secondly, I think there are diseases for which vaccination is the best of the bad choices. Among them would be polio, smallpox, and pertussis.  These things are not to be trifled with.

But again, this is on an individual, case by case basis.  We face a tough choice.  Measles, chicken-pox, mumps have been around for centuries. If your child has a healthy immune system, s/he is likely to survive these diseases with immunity to them.  Not that we would wish this on them, naturally.  Avoiding disease is paramount and in most cases can be ensured with proper regimens (nutrition, activity, rest, healthy emotional support, etc.).  But there are children whose immune systems are so compromised that they cannot risk these illnesses. For their sakes and because we live in a world where the greater good of society has to take precedence over our individual preferences, we must go ahead and immunize every child (and adult) to protect the group.  My suggestion would be that there not be these multi-shot visits, where the toxic cocktail from a half dozen or more diseases is injected directly into the bloodstream of a six-month old all at once. This is done for expedience and cost-control but I do question the wisdom of subjecting such an immature organism to that kind of assault. Vaccinate we must, but let’s do it in a nuanced manner, tailored to the individual.

I just heard Il Papa’s unfortunate comments on corporal punishment.  This is a topic on which I feel very strongly, so I will save it for a future post.