The newbie wed – our journey continued

It’s time for levity, no? And nothing conveys mirth like the long tale of mishaps that represented my twenty-something marriage and honeymoons. Where did we leave off? Recovering from jet-fueled indigestion at a Raj-worthy urban mansion in Bombay, our “perils of Pauline’ adventure continued. Here is the part IV of my five part series.

It was the season finale of Mad Men with Don chanting at Esalen that triggered my recollection of having left you all suspended in the riveting 😀 story of my westward journey to California when I was a mere wee bairn. [I hope you are doubled over at this point.]

Since my birthday is in August, my new husband had planned this trip so we could celebrate together in a place he knew I wanted to visit.  But he also had his own motive for going to India.

Geoffrey had been in the Semester at Sea program during college, that took him around the world — something his mother thought was a valuable Grand Tour after college. I don’t know much about it other than the fact that all six of Geoff’s siblings did it as well, essentially a family tradition.  Typically I think of semesters abroad as a waste of time, academically, while valuable for life experience.  I did one in the summer in London and spent another summer in Switzerland so I could get credits, enjoy living in Europe and improving my French in a supposedly protected environment and not fritter valuable time on requirements during the regular school year.

To this day, I don’t really know what Geoff got out of that program, other than he did spend time in India and it made a strong impression on him.  He discovered the whole realm of Eastern mysticism or cosmology.  It is hard to know how to characterize it. There is a great deal of New Age quackery that immediately comes to mind when this subject is raised, but to give him credit, or luck or fate (depending on your POV) he ran into a couple of truly interesting and serious figures.  The first was Meher Baba, who was long deceased.  However, he did leave behind a sober and dedicated community at Meherabad in a former British resort near Poona.

Geoff read extensively on the Eastern spiritual traditions, despite going to twelve years of parochial school like every single member of his entire family had. He balked at attending a Catholic college and headed to Yale for business, instead.  However, he was searching for higher principles, for a better road map to being an aware and responsible member of the human species.  I admire the fact that he was able to sift through the considerable choices available in the history of human philosophies, to find those that at least made sense from an intellectual if not rational standpoint.

But, we can discuss this topic another time.  For me, also interested in this general subject area, the trip to India was both epic and a pain in the derriere.

We had two ways to get to Ahmednegar from Bombay — a many hour train ride (oh, if you haven’t been on or even seen an Indian train, there is no describing this option) or driving. Geoffrey, flush with honeymoon funds, decided we would hire a limousine to drive us. It is only about 300 km, but the road conditions were so poor that it took us all day at the hottest, wettest time of the year.  You name it, we encountered it: torrential rain, mud, deep holes, dead ends, skeletal-pass-for-cattle crossings, flea-ridden beggars blocking our path, soaring heat, insects of every description — creating an unforgettable scrap book on our windshield, and a distinct lack of food or restroom options.

By the time we arrived at our hotel, we were filthy, sweaty, cranky, and starved. We had barely dropped off our bags in the room when Geoff decided we needed to hike to the ashram on foot, without changing the clothes we had been in, it seemed, since we left New York.  I wanted to try out some duds I thought looked more ‘native’. If any of you know NYC shopping, I had gotten some hi-ticket items in saffron colors at Bendels, that I was sure would make me blend in. Ah, the naievete of children. I looked like a nouveau arriviste Rajster and stood out like a sore digit, not the thumb kind.  My silk boho threads, stitched in France, seemed like a rebuke to the entire ex-post-hippie crowd that was gathered the next morning for Tai Chi, biscuits and solar greetings.  But, I am getting ahead of myself.

Down the dusty path we flew, just in time for vesper meditation, having to shed our footwear and reveal my gritty manicure — deepening my malhumor considerably.  By the time we got back to our room, all that was available was dosa and tea. Both of us continued to drop weight, so much so that by the end of the trip, all my State-side clothes were hanging off me like a Biafran refugee.  One thing we did while we were there, was a stupefying amount of shopping because you can go to the endless fabric stores that every town in India is riddled with and have your clothes custom made.  I simply went in, dressed in the outfit I liked from Bendels and the ladies, sitting on the floor of the ‘factory’, made it in a dozen glorious colors of silk or cashmere.  Whenever I run across the few of those outfits that remain, they look as if they were made for an eight-year old, they are so small.

Our stay at Meherabad went very well.  We enjoyed the teas, the calm and quiet, the silent, serious Westerners that trekked to the ashram to spend time with other Baba-lovers, as they call themselves. It was clean, fragrant, serene, music-filled and we savored each day marked in tinkling brass bells accompanied by blown-glass wind-chimes. We learned a lot of practical things, including how to do short, three-minute stress-relieving meditations and sprinkle them throughout the day. I still use many of the techniques I learned there.

When we got back to Bombay — this time by train (first class, but, oh boy …) we were relaxed, skinny, energized.

It didn’t last.  The taxi delivered us to a subterranean mall that was supposed to take us via scooter, sheltered from the pouring rain above, to an underground passage to our hotel.  Sitting exhausted on a deep cushioned gilt bench we thought we recognized (from somewhere) a sleek, darkly beautiful girl, impeccably groomed and attired, dragging on a slim French cigarette in a diamond-studded (we later realized) holder.  She had a languid look of boredom on her face, but for whatever reason, the minute she saw us, she walked over, sat down and began chatting. She was a Lufthansa stewardess, native Indian, raised and educated in London, and her name was Maya Oberoi.  That meant nothing to us at the time, but she said, scribbling on a scrap of paper, “Look, stay at this Sheraton and just say you are my friend”.  Hah, ok, we like discounts and so we ditched the hotel we had booked and trotted over to the Sheraton.  Uh, yeah, OBEROI Sheraton.  The minute the concierge, dressed in full Raj regalia heard that name, we were taken to the honeymoon suite and comped the most sumptuous dinner I have ever had in my life, served on our private patio.  I say patio but it was more like the mezzanine at the Taj Majal.

That night we had the second verbal brawl of our abbreviated (at that point) marriage.  My platinum-spoon husband ordered an estupidu costly bottle of French wine and butchered the pronunciation to the sommelier.  Being the bête noire that I was, I corrected him.  What ensued was an eight hour non-stop philosophical disquistion on the age old question that — I am certain — plagued the Sophists: when you know the idiom, do you express it with the proper accent, or, like most of our compatriots, blurt it out Anglicized, SoCal style? To be fair, G’s position was that he couldn’t be bothered feigning native familiarity with every language on earth, that we were in a former British colony and they would understand him well enough, and that I sounded pretentious.  My point was, if I knew the language well enough to know proper pronunciation, I was not going to pretend I didn’t.

This debate boiled down to Cornell vs Yale, both our hot faces blazing school fervor, shooting academic rivalry from flashing irises, teal vs green. We had eaten so little that both of us, on one crystalline goblet of the grape each, were summarily toasted.

The next afternoon, when we dragged ourselves from the velvet stupor we were still marinating in, we realized we needed to find Maya and give her something as a gift for this sumptuous honor that she had bestowed on two complete strangers.  But what? Not, certainly, anything local, nor as tacky as a gift from the hotel shoppe. Oh, wait, wow, genius!  The CHOCOLATES we had carefully conveyed from Europe. We had distributed a few in Bombay when we were staying there at the beginning of our trip but most of them remained.  They were still in our bags.  Excellent!

You can guess what we found when we removed the carefully constructed wrappers and lifted a lid to peek inside. Uh, yup, that’s right.  How should I put this, our lovely, can’t-get-them-anywhere-but Germany confections now resembled uncurbed canine product.  They had melted into one, sticky, self-reconstituted solid pocked mess. By the end of our stay in Bombay, Geoffrey and I had eaten our way through each ruined box, apparently consuming between us, seven pounds of German chocolate in one week!

(To be continued: next up, shopping in Bombay, the crazy scene at the airport, the caravan across country to our new home in LA.)

In re-reading this, I realize I forgot to tell you what we decided to get Maya. Nothing we could find on our last night in Bombay would suffice. So, we called my mother and had her run to Steuben and pick up a crystal apple — a signature and symbol of New York, and she had it sent to Maya, care of the Oberoi Sheraton. We never heard back from her, but we did confirm that the Concierge received it. Maya has a suite in the hotel, so we assume our apple made it. 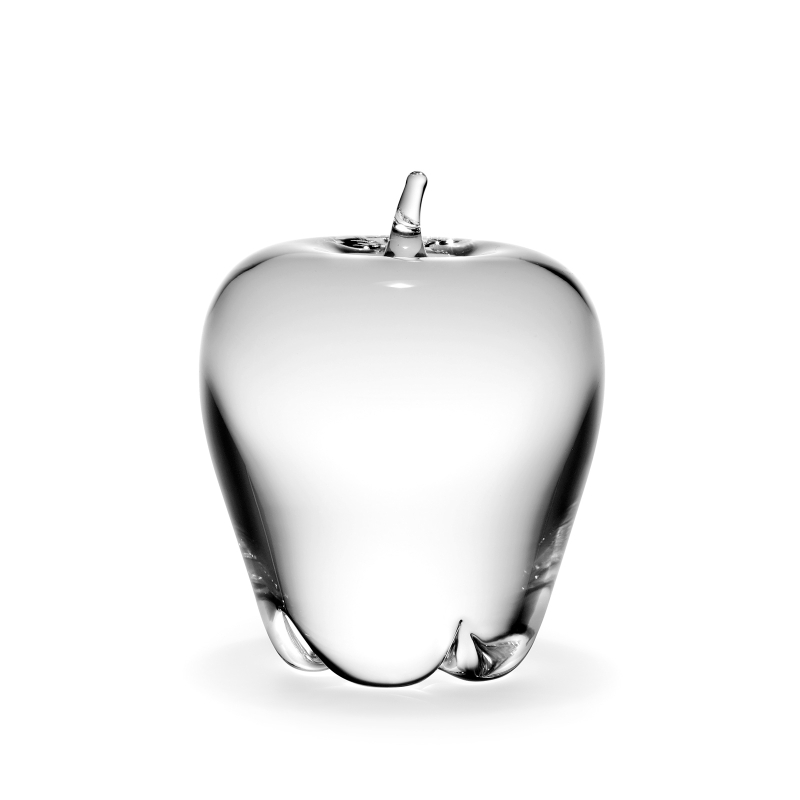 23 Comments on “The newbie wed – our journey continued”