This was going to be a completely different post, concentrating on the event we attended this past week. But, instead, I was completely absorbed by the visit of Pope Francis and the canonization of Saint Junípero Serra. What struck me as remarkable was the coincidence of my ongoing blog posts and Flickr sets focusing on the beautiful towns along the Central California coast. Every one of them was founded as a Catholic Mission by then Father Serra, a Franciscan priest, monk, Friar and scholar from Spain.  The lovely waters of the coast are dotted with memorials and reminders of this pioneering Catholic. There are 21 Missions in California, 9 of them were the work of this single man.

So, I have been thinking about Pope Francis and this Franciscan, Saint Serra. I listened carefully to the message that the Papa reiterated in his addresses since arriving in the Americas.  As I looked over the photographs I took up in the beautiful places we visited and stayed last weekend, some of the most valuable real estate on earth, each home, restaurant, and site perched high over a sparkling ocean, glowing blue and morphing to gold by nightfall, I was struck by the contrast. These tributes to the good life, to capitalism, the free market American way, juxtaposed with the Pope’s relentless call to put such things at the bottom of our lists.

While we were there, celebrating — as so many of our citizens do — bathed in luxury and comfort, the Pope was honoring a man who left his safe and protective university post and traveled to the shores of a distant, wild and hostile land, hoping to bring a message of love, peace, and kindness to people he believed were heathens.  Obviously, that mission was flawed, perhaps, misled, ill-advised, ill-fated by 21st century standards. But why, if we can barely shed our xenophobia, bigotry and cultural biases today would we expect a European man of his time to understand the value of leaving intact a culture he viewed as primitive, violent and condemned to eternal damnation? 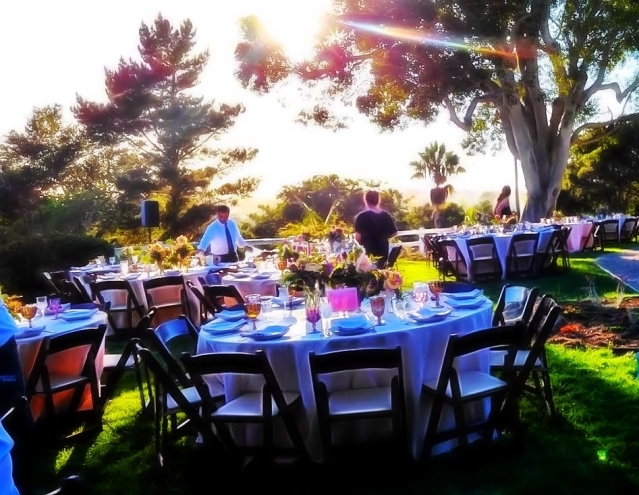 When I see Pope Francis, I see a man of sincere kindness, goodness, and gentleness. If you didn’t hear his historic imprecations to Congress, read them here and let these words sink in, especially if you are partisan.  Who would admit to any disagreement with these sentiments? And they are core-deep in this man, too.

A recent Papal analyst traveled to Argentina to see if in fact the people in the slums truly felt Francis had cared for them when he was their Bishop and Cardinal, and he found that people brought out pictures of Cardinal Bergoglio that had been taken with each of these miserables, as they are called there, no matter how humble. Tears of pride flowed down their faces. Francis did not just talk about mercy, he lived it.  How then could he support and canonize a man who was anything other, given the setting of the culture in which he worked in that day over two hundred years ago?

And what is the ‘good life’ after all? A luxury home overlooking the Pacific surrounded by tony eateries and people with exquisitely adorned and attired pedigrees? Or is it being good, in that deep, true, heartfelt St. Francis – Papa Pancho sort of way. Working hard, leaving one’s comfort zone, opening, welcoming, gentling everyone we meet? I was listening to one of my favorite thinkers a few weeks ago, Naomi Wolf, and heard her say she believes in a peaceful, egalitarian world. I thought it was simple and profound. It sums up my philosophy so concisely. 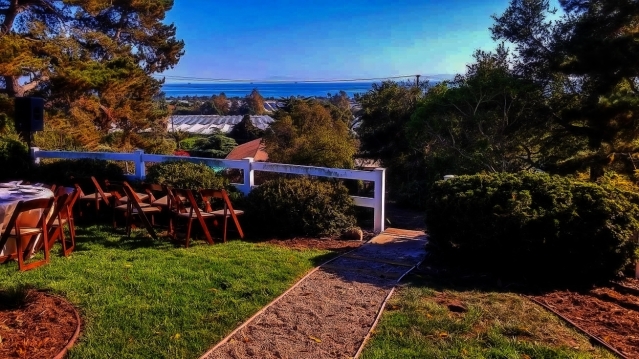 Pontiff means bridge. Pope Francis is a holy bridge over our troubled waters, i.e., our souls. And our divisive natures. He embodies goodness, kindness, charity, compassion, love, unity and inclusion.  I too want him to be my earthly role model.

Next week, more of my Central California coast water-towns.

Images: Chez BeBe/LG Stylo with a bit of help from Lightroom and Topaz; click to enlarge them.

← Color me Barbara
Talkin’ on sunshine →