For some reason, the Santa Clarita Valley where we live has three glossy magazines about living here in shangrila. 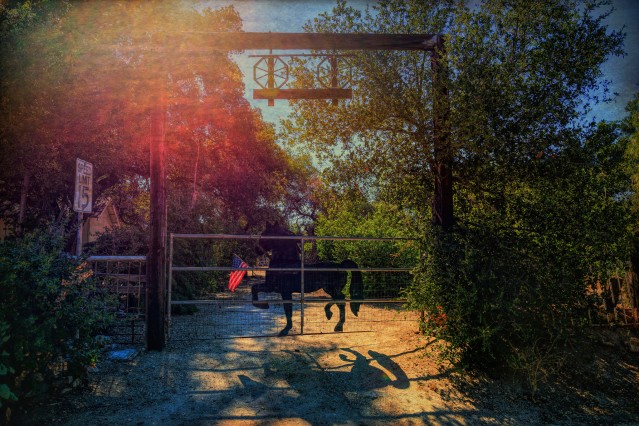 Things like Inside Santa Clarita or Elite Valencia, of all things, Seasons, now that’s rich (we really have only one). 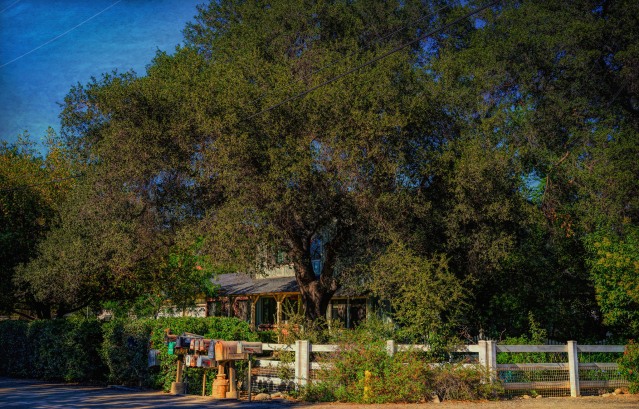 A couple of weeks ago, as I was thumbing through them for once (instead of instantly tossing them in the recycling bin as per usual), I spotted a spectacular sprawling estate being featured, advertising the decorator, landscaper, home theater installer, etc.

Now, estates are all over this five-town bit of paradise, so that in itself wasn’t new.

What was surprising and baffling was the location of this ultra upscale manse and grounds. A sleepy, run down (well …) patch of abandoned red dirt-farmer mile or two just over yonder from our neighborhood.

Tucked away behind Newhall’s reviving Old Town, literally on the other side of the tracks.

It is called Placerita Canyon, placerita meaning, of course, little pleasure. Very little I mused upon spying the location in the credits of the spread and looking it up with Google Maps.

My curiosity about why anyone would choose tobacco road to put several million dollars worth of topiary and dupioni prompted us to slouch over there, dressed in our downscale duds. 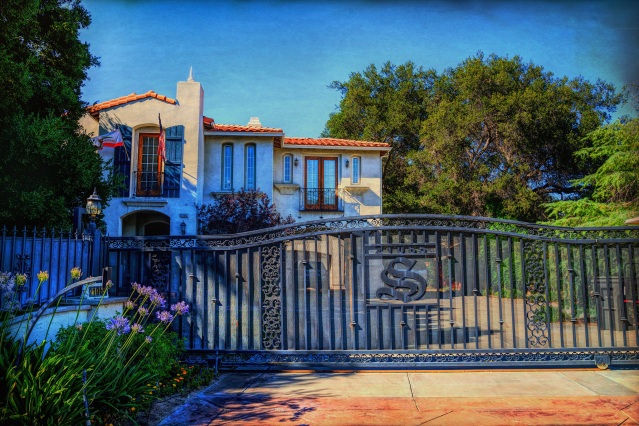 In fact, we took Geoffrey’s old pickup truck because I knew for sure we were going to literally be intruders in the dust. 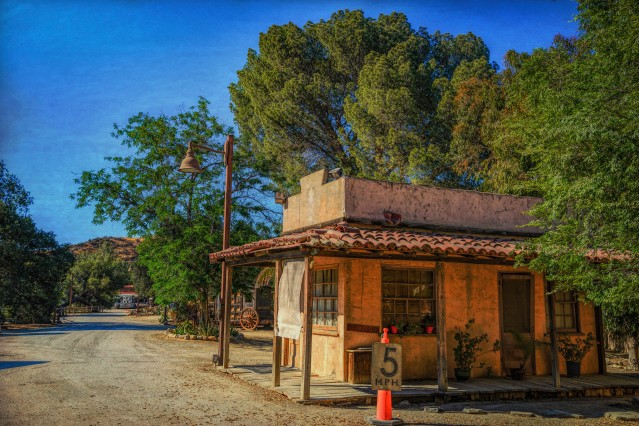 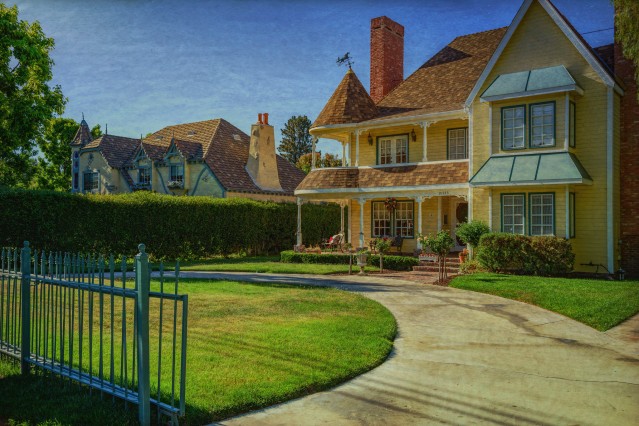 For one thing, I have rarely seen such a mix of old and new, rich and poor, sleepy and hip, sophisticated and bumpkinesque in one small spot. For another, instead of a 7000 square foot house perching nervously on, let’s say generously, an acre as is the usual practice for the gated gentry up here, these places had acres and acres of land around them.

Another aspect of this venture was discovering how very paranoid everyone is these days, what with all the homeland security scares and our Nextdoor neighborhood gossip that spawns local fear-mongering at an epic level.

More than once I had to leap back into the truck as people came out to stare at us.

Given the range of types there, they could have been periscoping us or pointing a shotgun. We didn’t stick around to find out.

Everywhere we went, we kept exclaiming ‘how could we have missed this place’ after living here all these years?

Why weren’t we smart enough to snag a dozen acres in this forgotten backwater when it was still available and affordable instead of plopping down half a million on a postage stamp with a house squeezed onto it?

Too late! Too late!

Hollywood moguls have discovered Placerita Canyon and it is now safely out of range of mere mortals like we-folk. 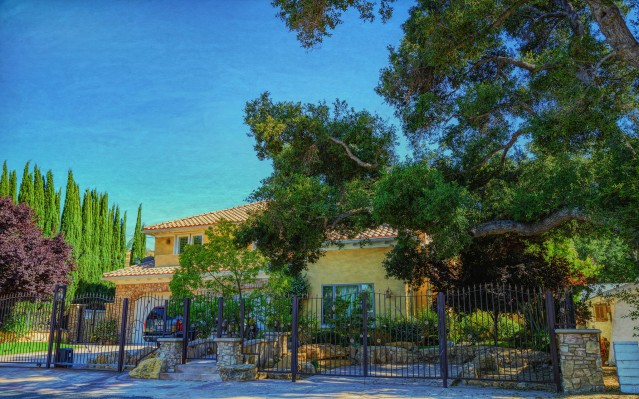 One thing I love about it though — and truly wish I had been familiar with this place back when we moved up here — is the respect the early planners had for the beautiful old trees that populate the entire geography.

In Valencia, people cannot wait to chop them down.

Ah well, I am thankful Placerita Cyn is there whenever we want to step forward to the past, or see trees, and interesting fences — every single place was fenced, some more elegantly than others, or horses — stables are there too.

It is a reminder of what this entire area must have been at one time, lifted straight from Faulkner and Williams, now the playground of Geffen and Seacrest. 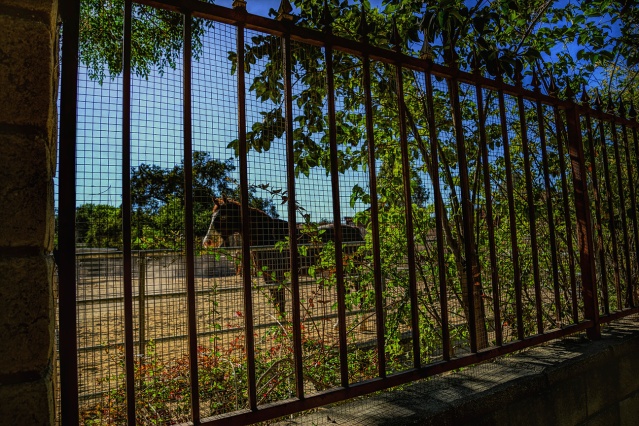 There is a false sense of stepping back in time, as this area evolves into yet another playground for the rich and famous, regrettably.