All summer long I have been thinking of all of you and meaning to add a new post. I hope you have all been well.

One of the things that has prompted this post is the fact that our best friends in the neighborhood, who arrived on our street when we did years back, are moving to a fancier, cooler part of Los Angeles. It was funny when I found out, as I saw them bustling around the front yard and trucks pulling up to haul away boxes, that I felt a strange sense of being abandoned. 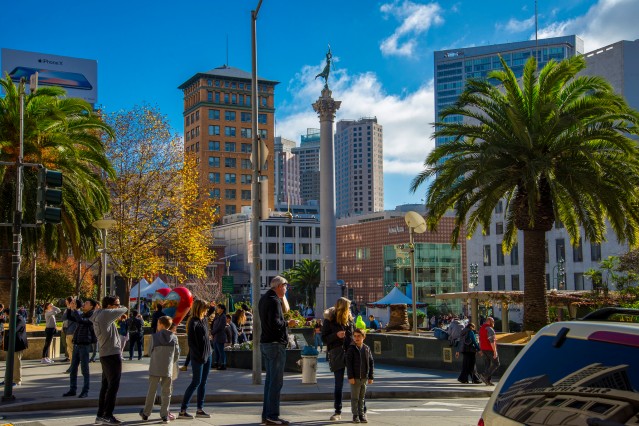 Probably some of the reason is they are the only other openly progressive people on our block.  Another reason is they did so many thoughtful things for us over the years, and we tried to reciprocate. They aren’t selling, but renting the house out for an obscene amount of money — which is a good thing, because where they are going, it will take an equally obscene amount of money.

We had been thinking about moving too. Not to somewhere else in LA (I do plan to move to the Channel Islands neighborhood of Oxnard some day, just to get closer to the water and more temperate climes) but completely out of the country. You probably know why.

One place high on our list has always been Canada, especially Vancouver Island. Another was Denmark, but I have decided being too close to Putinville is not smart. Deanna just got back from a trip to Ireland, screaming its praises. Since we are all Irish (well, half, anyway), that sounded good to me.  Our problem is the business that sustains us, Geoffrey and me, is not portable. Deanna and Al can go anywhere. Sigh. 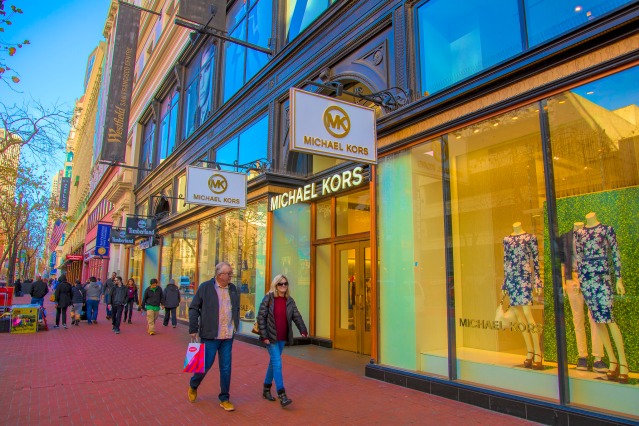 So, then I thought about the places I love in this country (except for the people who apparently think it is a good idea to take children away from their parents and then terrorize them.  Why would I want to be around Americans like these?). 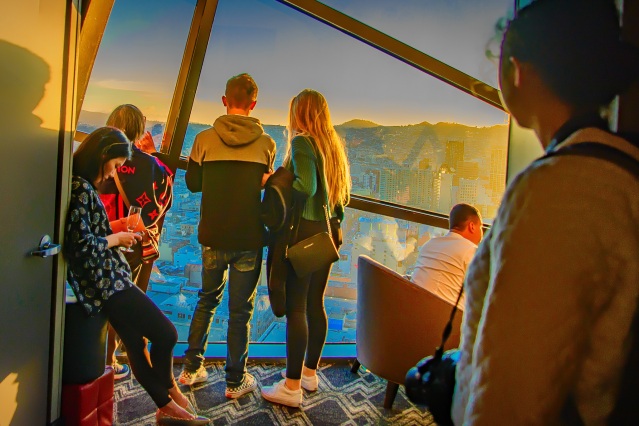 Everyone knows how I feel about New York, both Upstate and down. I really like San Diego — truly a hidden gem. North Carolina is gorgeous, but, well, we won’t discuss it right now.  Vermont? Used to love it, but can’t stand guns and that is a big gun state.  Massachusetts — meh, too expensive. Love Boston but can’t afford it.  Washington State’s a possibility, but if I go that far, I might as well keep right on going to Vancouver. 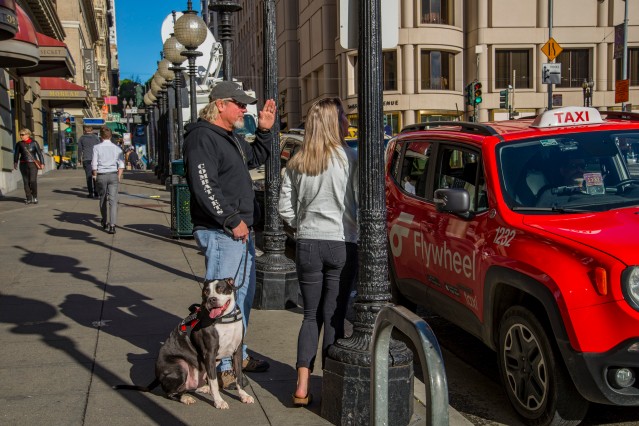 Back to California, the lone state that has its head screwed on straight. Where else do I love in California? San Francisco. Yup, Oakland is where I would live, but there is something special about Rice-a-Roni town that nowhere else can match.

We took a trip this past winter because I had to attend a professional conference. Geoffrey, Deanna, Al, their kids and I piled into my new Volvo and drove up. That was grueling — six hours of flat land and fog.

We were wrung out by the time we arrived, but it is amazing how the sight of the Bay Bridge revived us and we stayed up all that night, eating!

If you are going to travel between Los Angeles and the Bay area, try to take the coastal, not the inland, route. Far more interesting. It adds hours and you will want to stop overnight. I would do that in Big Sur. Stay at the Ventana Inn — treat yourself to a hot tub under the stars and fabulous food. 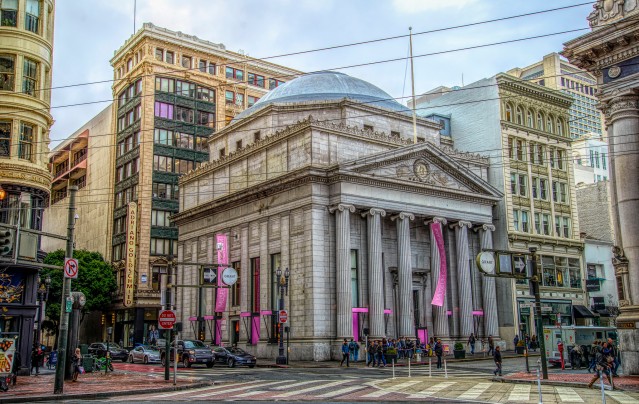 Just a suggestion. If you are in a super hurry, take the 5 Freeway north all the way, stopping halfway at Harris Ranch for food and fuel. 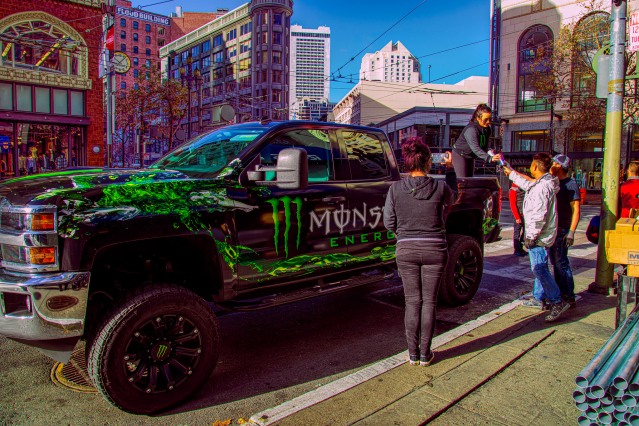 Clean, lovely (when the wind is in the right direction — it’s a working cattle farm) and comfortable. When we were there, we saw eleven Teslas lined up, charging, as there is a free station there and a lounge just for Tesla owners. It was cool. None of us were smart enough to take a picture, so you will have to use your imagination.

A trip to San Francisco in the winter immerses one in a panoply of atmospheres. It was variably foggy, mizzly (misty drizzle), sunny, hot, cool, dry and soft. Luckily the temperature doesn’t drop or rise too much, so a light sweater and water-resistant shoes will do the trick. No one uses umbrellas in California. Remember that or you will scream turista.

Typically, we stay in the East Bay (Oakland-Berkeley). But, the conference was in Embarcadero, so I chose the Marriott Marquis on Mission Street. Such a fabulous hotel — really a mini-city on about three square blocks above and below ground. All the lectures and meetings were subterranean in a labyrinth of corridors and rooms that the hotel smartly planned so they could maximize their footprint.

There was a fire drill at one point (false alarm, actually) and we were rushed out of our lecture, down winding halls and up a short flight of stairs, emerging at a park blocks and blocks away from the front entrance to the hotel. 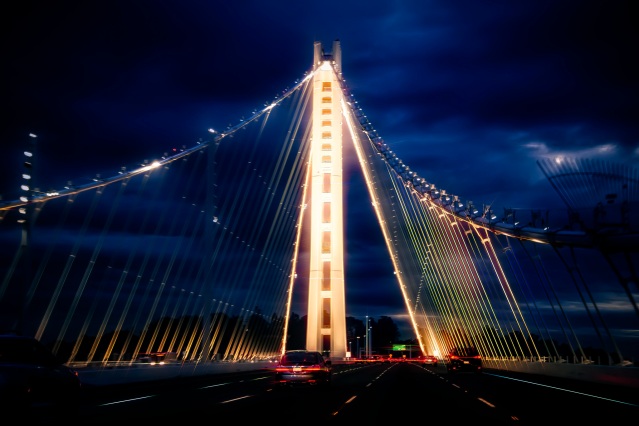 What I love about the Marriotts is how customer-oriented they are. You simply drive up and attendants rush out to take care of your every need. We had an embarrassing number of bags and other paraphernalia. It took three of those enormous rolling brass carts to take all our things up to the rooms. We actually got a suite. What luxury (but so reasonably priced, we were sure they made a mistake). If you can, go when your have some affiliation with a group.

The other behavioral specialists who organized the convention/conference, ordered a huge block of accommodations that made it all so affordable that the suite came out to be the price of a regular room. We didn’t have a great view, but we had a full kitchen, huge marble bathroom, and beds galore. Enormous closets, icemaker in the room. It was almost sybaritic, despite being ordinary. 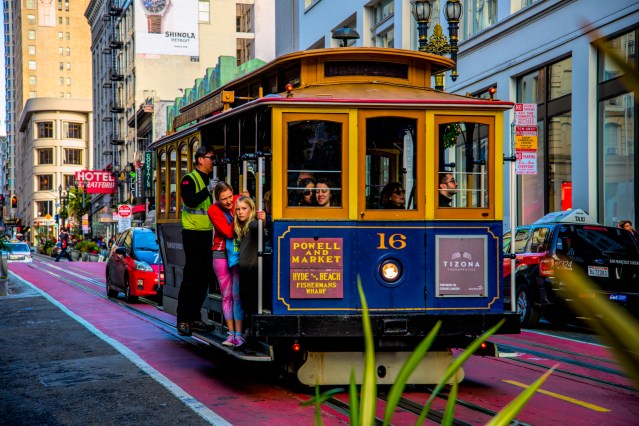 The location in Embarcadero couldn’t have been more ideal. We were surrounded by museums and shops, restaurants, stores, interesting sights, the list was almost endless. There was the usual eclectic architecture, iconic cable cars, China Town, Little Italy, the wharf — all within walking distance.

The hotel itself had three or four places to eat, including a skybar and restaurant with a breathtaking panoramic view of the city that everyone crowds into at sunset. 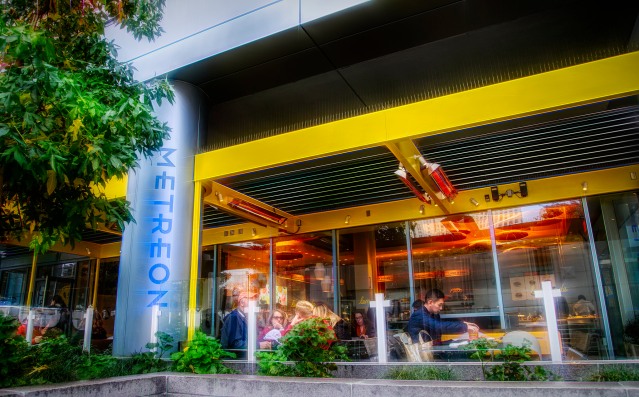 If you travel to San Francisco, you won’t need guide books or my recommendations. Your phone has it all and no one can compete with the updates. Just ask for, let’s say, Indian food near you or great coffee (Peets is it!) and you will be within a few feet of all the best places, I assure you. Luckily, if you choose this part of town, there will be many excellent possibilities in every category.

What else do I love about this town? Friendly animal-loving people, open-minded, fun-loving, tolerant, helpful, unfazed by anything. No one judges you, just like NYC. What a cultural mecca loaded with libraries and the arts. I cannot think of a single thing it is missing — maybe snow. How’s that for a deal?

Building is in progress everywhere, the old and the new blending seamlessly. Yes, there are homeless people and everyone seems to accept them and not make them feel like freaks. Yes, there are people with blue hair and elbow rings, practically naked, or adorned in haute couture.

You will hear every language imaginable and smell exotic fragrances from perfumed maryjane to frangipani blossom desserts. I’ll stop raving and let the photographs do my talking.

Love you all!  More in the fall.

← The Un-y-mooners: the grand finale
Start spreading the views – Part One →