After we listened to Obama’s SOTU, I forced myself to sit through one of the multifarious opposing “responses”. Geoffrey walked the dog, unable to stomach what followed.

Mc Morris Rodgers’ failed attempt to relate to the average American family listening to her ‘you’re on your own’ counsel.

It was no response at all, of course. Clearly they write this flummery without acknowledging what the President actually said, even though I am fairly sure they have advance copies of his address. No matter. They neither care about accuracy, nor any show of understanding about the human condition.  As Mc Morris Rodgers sat in a comfortable, supposedly homey setting (on a silk-covered Chippendale settee — do you have one in your living room?), in an inky dress befitting the dark concepts she issued, I thought about the 50+ million Americans living in or circling the rim of utter impoverishment.  I heard her emit a litany of barren platitudes while she made a vain attempt to tug at heartstrings by recounting the story of her special needs child, presumably both to show that even far right wing women have some warmth, somewhere in their Stygian souls as well as to send a dog-whistle to the religious right that she chose not to abort a handicapped child.  She represents the flinty callousness that is bred above all in rural America among families where the patriarch rules with an iron fist and has no truck with extending a helping hand to anyone, including family members.  I could write a tome on this topic alone and what these early influences do to create and aggravate the kind of hard-nosed independence that simply means we waste valuable human resources, allowing those who just need an occasional boost, to founder and ultimately burden society with despondency and dependency, if not violence and tragedy.

I won’t dignify the other official Republican speeches.  Especially and above all that Ubertarian physician whose selfish and economically skewed positions are increasingly ubiquitous, leading me to wonder how much of it he actually authored himself, true to type. He exemplifies the principle that even those of limited mental faculties can earn a higher degree. He is a disgrace who merits no further attention.

These are the organizations writing our laws. Do you think they have any bias? They have bought Republicans and Democrats alike in our Congress.

On the other hand, Obama, who has been far too capitulative, calm and understanding, laid out a series of clear, specific and resolute steps toward restoring the entire country to sound fiscal health and firm moral footing. He expressed a steely resolve that was encouraging.  He is going to stand up to the stoney-faced obstructionists who sat on their hands for the entire hour. Every single issue we are facing today, whether it is endless war, corruption at the highest levels of our military, hunger, poverty, homelessness, booms and busts, global warming  and pollution (an empirically verified fact), energy shortages, under-employment, out of control gun violence, strife in the Middle East and Africa, crumbling infrastructure, etc., can be solved in large part by raising all people to full employment, providing pragmatic training, mental and physical vigor, and dignity in the process. Much of this can be achieved with an eye to the future by instituting universal pre-K, a wise and proven investment like no other. Most of this would already be well underway and millions would face far less suffering, had these unreasonable and selfish people just stepped out of the way, or at least contributed some positive and constructive measures of their own.

Another thing we can do, and the President spoke eloquently, succinctly, and perhaps too briefly about this, is put all women in this country (and globally, for that matter) on a completely equal footing with men economically.  Women are over 50% of the population and are continuing to suffer disenfranchisement on almost every level. It is an abject waste of valuable potential and why any woman would identify with the oppression that any group espouses, mystifies me. (And what does it tell you that women-and-their-runaway-libidos -Huckabee is now the early front-runner for the GOP 2016 race?).

In the dark universe that these people occupy, their magical thinking is directly related to naked bigotry and racial prejudice. This man, far from being a ‘kommandant’, socialist, has followed a set of centrist policies that make Clinton look like a radical. He has bear-hugged Wall Street more than any other President outside of Dubya and the Dow reflects their close partnership. We have become the punchline of the international community for the deplorable behavior of these extremists, who march in lock-step each day, receiving their Frank Lund talking points. Yesterday, before Obama even opened his mouth, they were screaming that he should be sued for overstepping the reach of his Executive powers because he has issued orders (well within his purview and fewer than any president in our history). And what was the one order he promised to issue? Helping federal workers to get a (barely) living wage.  Hardly radical or abusive.  Yet some have even accused him of staging a coup. It is very hard to sit by and watch these relentless and unmerited attacks on this sober, competent and well-intended man.  After five years, both Geoff and I are fairly sick of it.

These men are multibillionaires who want to control our bodies, our minds, our food and energy supply, the air we breathe and water we drink, our international relations – in short every single thing we think and do. Are you signatory to this?

Mc Morris Rodgers represents a party that is run by Koch Industries, through their State Policy Network, a murky and labyrinthine maze of small, not-for-profit, veiled lobbying organizations hiding behind shell corporations calling themselves ‘think tanks’ — a term that apparently impresses a lot of gullible, low information activists.  The Koch brothers tried to buy themselves a toady in the Oval Office by pouring almost a half billion dollars into secretive groups that systematically churn out papers replete with lies.  They have infiltrated every red state, red governorship and the congressional districts under their spell in a brazen but covert and cowardly attempt to bring the United States and the world under the control of a tiny group of greedy and unscrupulous plutocrats, convinced they are entitled to the wealth that billions of the underclass made possible for them. They brook no interference and are fierce in retaliation.  There is no valor in taking unfair advantage of others and then turning one’s back on them as ‘inferior’.

Chris Hayes expressed my ideal perfectly last night by saying, Americans should not rest until every person in this country who is able and willing to work has a good job that lifts him or her out of poverty into a thriving middle class that affords a safety net of help through the bare spots, health care and educational opportunity.  Every single one of us deserves no less in a civilized and humane society — the one the Founding Fathers envisioned and fought for.

The insatiable zero-sum crowd, for whom someone else’s success implies less for them, will eventually be culled from this country because they are on a suicide mission as they age and retreat to the far end of the limb they unwittingly crawled out on when Reagan worked his voodoo on the American people. As we awaken from the hypnotic trance we’ve been in for thirty very odd years, the Progressives are taking back the conversation and that far-Right branch is groaning under its own weight. We will move this country forward to universal prosperity without the dead load of these troglodytes.

Mendacious and ruthless public “servants” should deeply offend decent Americans, and the least each of us can do is raise our voices in protest, then vote these dangerous shills out. 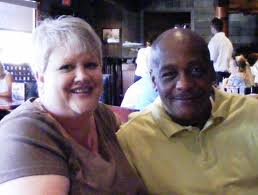 These are the faces of the 98%, among whom virtually every reader of this blog and its author is counted. A living wage, reproductive rights, non-discrimination, a nation with full employment, at peace in the world is what we want. Don’t we deserve that much in 2014 America?

14 Comments on “Neither ruthful nor …”